An Irish Rose by Any Other Name?

1641
0
By IrishShop+
5 years ago
In Ireland Information 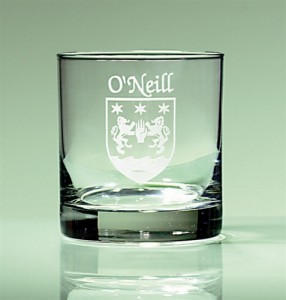 There are Irish names, and then there are Irish names.  In Ireland, it is not unusual for someone to use both the Irish and Anglo version of their first or last name.  While the Irish know and understand this, it can get tricky with paperwork, passports and the like.  This fluidity with names really is one of our cultural Irish gifts, but it can also get tricky for those of Irish descent around the world.

For example, many Irish Americans and Irish Canadians consider Patrick as Irish as a name could be.  And yes, it is a popular Irish name and indeed the name of our best known patron saint – but it is the Anglo version of the name.  The Irish version if Padraig.  That’s pronounced porr (like porridge) – rig.  (And that is why we shorten it to Paddy, not Patty.)  Sean is a widely recognized Irish name that really is Irish; the Anglo version is John.

Rose is a beautiful name with many variations in different cultures and languages.  While Rosie sounds very Irish to many North American ears, the Irish version of the name is actually Roisin.  It is pronounced row-sheen.  Maggie is recognized as Irish, and it is short for Margaret, which is not.  Mairead is the Irish, pronounced mah-raid.  But many a Mairead has gone by Maggie.

The list of Anglo and Irish versions of the same name goes on and on.  It includes both simple spelling differences such as Kate and Cait and less obvious pairs such as Edward and Eamonn.   Personalized gifts are always popular, and when you are looking for personalized Irish gifts you can add a fun twist by using the Irish variation of the name.  It might confuse Jane at first to receive a gift bearing the name Siobhan, but if she has Irish roots she is sure to be charmed by it.

Irish surnames also have both Irish and Anglo versions, but today people are more consistent in sticking to whichever is on their birth certificate.  More consistent… but not entirely.  If you catch sight of an Irish friend’s driving license don’t panic if the surname is not exactly what you expected to see there.  Some Irish people prefer the Irish version of their family name even if their grandparents or great grandparents chose to use the Anglo version.  It is entirely possible to know someone as Grainne de Brun and discover she is legally known as plain old Grace Brown.  She probably is not on the lam, just proud of being Irish.

Personalized Irish gifts are always a hit, and you can take it a step further by using the original Irish version of the name to honor a friend’s heritage.  Discovering the different variations on Irish names will also help anyone searching for their roots.  Just a couple of generations ago, people were very flexible about which version was used on paperwork.  If you know your grandfather was Rory Sullivan, it helps to know he might also be on Irish records as Ruaraidh O Suileabhain or  Ruairi O’Sullivan.

A Celtic Tree for All Seasons


Why We Love Irish Woolly Jumpers So Much