1110
3
By IrishShop+
2 years ago
In Ireland Information 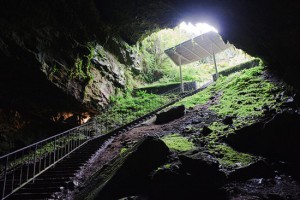 Ireland is having an exceptionally warm summer. It might not be obvious to all visitors, but it’s actually a heat wave by Irish standards. It makes one wonder where are the coolest places to keep cool on the Emerald Isle? Beaches and lakes are an obvious pick, they don’t shield you from the sun. If one your Irish gifts is fair skin that burns easily, you do need to hide from the sun sometimes. To really dig the shade, you need to go underground. Not to an ultra-cool nightclub, but literally underground.

Beneath the surface, Ireland is harbouring all sorts of caves. Natural caves feature dazzling stalactites. Former mines give a glimpse of past as well as a break from the heat. While some have shops featuring a range of Irish gifts, the best gift involved in visiting any of Ireland’s caves is hearing the stories of their pasts. Whether it is an ancient legend, a historical tale or a more yarn spun to entertain visitors, hearing guides or locals talk about the unique features of their area is what makes a visit to Ireland unlike any other vacation.

Different types of caves are scattered around Ireland. These are five that offer visitors an unforgettable day out.

It isn’t often anyone in Ireland really worries about getting too much sun exposure. But regardless of the weather, some of our underground Irish gifts of natural beauty and historic lore are well worth a visit.