How we celebrate Irish Mother’s Day

What makes an Irish mother special? Well, firstly all mothers are special, but Irish mothers tend to share some distinct traits that make being raised by one a different and more special experience.

Irish mothers in particular tend to be very sentimental when it comes to Irish Mother’s Day. Ultimately all they would like is to spend the day with their family and ask their loved ones not to break the bank on them! (Though she won’t mind if you do)

In Ireland, people don’t celebrate Mother’s Day in May like in the US. Instead, they celebrate it in March on Mothering Sunday which falls on the 14th this year.

Irish Mother’s Day goes back hundreds of years to medieval times where children from poor backgrounds and families were sent to work as domestic servants and apprentices in rich homes. Once a year they were given time off and on the Fourth Sunday of Lent were allowed to go back home to visit their families for the day.

The practice and celebration of Mother’s Day actually started to die out in Ireland around the late 18th century but luckily it was revived after the Second World War with the help of the American soldiers who influenced the Allied soldiers. 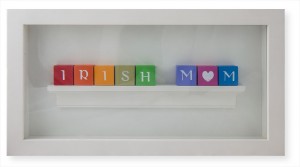 What does a modern-day Irish Mother’s Day look like?

The mother gets to stay in bed a bit longer today and enjoy a well-earned lie in.

Breakfast in bed is prepared by her family with the children taking a keen role.

Flowers are given to her on this day, like they were hundreds of years ago.

Dad takes over the majority of household duties and chores for the day.

A meal is cooked for the Mother or else she is taken out to her favorite restaurant with all the family dressed in their Sunday best.

Irish women are modest to a fault, but the achievements of authentic Irish female role models have played a major role in shaping modern-day Ireland. Here are just a small select few. We hope you like their stories and achievements.

Maeve of Connacht was a forceful leader who ruled over Connacht during the time of Cuchulainn, the greatest of all Irish warriors.

According to legend, in pre-Christian times Queen Maeve led the warriors of Connacht against the Men of Ulster to claim the most famous bull in Ireland.

Her husband Ailill mac Máta had previously owned the greatest bull in the land, but upon hearing of a superior beast to the north, Maeve marched north and successfully captured it after a bloody battle.

No list of formidable Irish women would be complete without tomboy icon Gráinne Ní Mháille, the notorious ‘Pirate Queen’ of western Ireland. The pirate queen was simply fierce and fearless.

As a child, her pester power forced her parents to let her go to sea with her father, himself a pirate in County Mayo. Grace O’Malley confounded expectations at every turn. She was ruthless in her quest for land and loot. When she met with the queen of England, she wore a dagger and refused to bow. She was a queen in her own right.

In her prime, it is said that O’Malley commanded 3 galleys, 20 ships and over 200 men against her perpetual nemesis, the English.

When Mary Robinson took office she became the first female president of Ireland in 1990. She rocked the political system. Rocking the system then became Robinson’s life work.

As an academic, legislator, barrister and former UN High Commissioner for Human Rights, she has worked tirelessly as a champion of women’s equality in Ireland and global human rights. Today she is Chair of the Elders — an independent group of global leaders working for peace, justice and human rights and founded by Nelson Mandela in 2007.

For the very busy and multi-tasking parent who deals with pretty much anything and everything thrown at them, give them the gift of a piece of Ireland this year.

With the help of IrishShop, find the best Irish Mother’s Day gifts for Mom, Grandma, your wife or girlfriend. Whoever the amazing woman in your life is she will love a gift of; 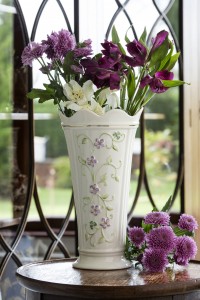 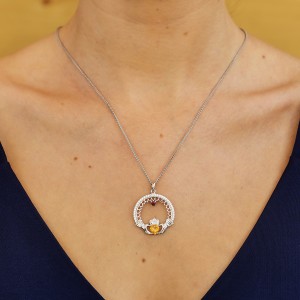 We have a list of our most popular Irish Mother’s Day gifts here if you need some inspiration.

At the end of the day, you know your mother best.  You know her sense of style, fashion, her lifestyle and what she enjoys the most.  You and your siblings are the best judges of what Irish gifts she will appreciate and enjoy the most.

Ultimately there is one thing all moms have in common.  What really matters to them is that you have thought of them ahead of the big day.  Indulge your mother with a lovely gift, and don’t forget that what she really treasures is spending time with you, even if it is via phone or video, and catching up with each other, this year more than others this is very relevant.

One final thought ahead of the big day, if you want to know how to say Happy Mother’s Day in Irish, all you need to write is: