All about Dublin’s Fair City

563
0
By IrishShop+
1 year ago
In Ireland Information 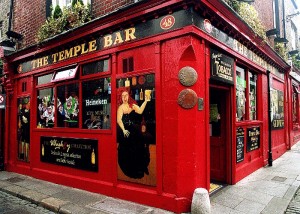 Not everyone’s Irish roots sprout from a thatched cottage behind a stone wall in a rolling green field. Plenty of people’s Irish ancestors were from the capital city Dublin, also known as the big smoke. Dublin has always been different than the rest of the island, which much teasing between the ‘jackeens’ in Dublin and the ‘culchies’ in rural Ireland. Ireland’s capital is a vibrant, modern city buzzing with chic restaurants and trendy boutiques. It’s also a city where you can’t help but be aware that with every step, you are walking the same ground once trod by James Joyce, Countess Markievicz and countless Vikings.

Some of Dublin’s most famous moments and characters are widely celebrated and memorialized. They appear on Irish gifts and souvenirs. You can visit the GPO on O’Connell Street and see the bullet marks in the columns from the 1916 Uprising. You can learn about the Vikings with a Viking Splash tour or a visit to Dublinia, the Viking museum. But what is beneath the surface? If you’re curious about Dublin beyond the tourist perspective, read on.

Now the next time you visit Dublin, read about it or purchase Irish gifts linked to the capital, you will have even more insight and understanding of the city’s rich culture.