Land of Saints, Scholars and Inventors

1643
3
By IrishShop+
6 years ago
In Ireland Information 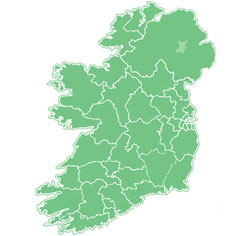 Ireland is celebrated as the land of saints and scholars, and our literature, music and dance are widely loved.  Irish gifts in the field of science are less known and appreciated, but our creativity is not limited to writing and performing.  Ireland has bragging rights to some rather important inventions that changed the way we do things.

John Joly of County Offaly was a very industrious soul and a dedicated scientist responsible for many Irish gifts to science and medicine.  Joly developed what became known as the Joly Color Process, the first successful technique for creating color images from a single photographic plate, in 1894.  While that creation bears his name, it was not his only great invention.  He was also responsible for a range of innovations to measure various things including a constant volume thermometer for gas, a photometer for light intensity, a differential steam calorimeter for specific heats and a meldometer for measuring the melting points of minerals.  He also developed a process to extract radium for use in the treatment of cancer in 1914.

Another medically minded Irish inventor was Dubliner Dr. Francis Rynd, who in 1844 created the hypodermic syringe that is now a staple in clinics and hospitals around the world.  Rynd was a widely respected figure in medical circles.  He held a surgical position at Meath Hospital, served as the medical superintendent for Mountjoy Prison and also had a thriving private practice.

The Beatles might never have recorded their hit Yellow Submarine if it were not for Clare man John Philip Holland who invented the submarine.  (No word on what color that first one was.)  Holland had an interesting life.  He was raised in an Irish speaking home, and later joined the Christian Brothers in Limerick.  He taught math, but eventually left the order for health reasons and emigrated to the United States, where he began work in engineering but soon returned to teaching.  He began submitting designs for submarines to the US Navy, which rejected his early efforts.  Holland was determined, however, and obtained research funding that allowed him to quit his day job and devote himself to the submarine (which must have seemed downright demented to many at the time).  He succeeded, and designed the first submarine for the US Navy and the first one for the Royal Navy as well.

If you spend more time working on your feet than at the drafting table, you can thank Humphrey O’Sullivan of County Cork for those comfortable, rubber soled shoes that make it bearable.  He understood the pain as he was a typesetter and spent his working day on his feet too.  He patented his rubber sole idea in 1899 after he had moved to the USA.  He also changed his name then too.  Born John O’Sullivan, he decided to re-invent himself and took the name Humphrey O’Sullivan after the Irish language author and Catholic Emancipationist of that name.

Ireland gets much respect for our contributions to the arts, but Irish gifts in the field of scientific innovation haven’t gotten the respect they should.

The Deeper Meaning behind the St. Patrick’s Day Festivities


The Battle of Clontarf Then and Now