842
2
By IrishShop+
2 years ago
In Uncategorized 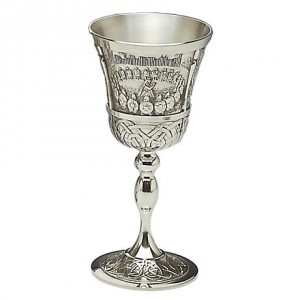 The Tain Bo Cuailgne, or the Cattle Raid of Cooley in English, is an epic story of Iron Age Ireland. Our cultural Irish gifts include many fascinating legends, but this is one of the most important. It shows the values and passions of Celtic Ireland before it was Christianized or colonized. Men and women alike were powerful rulers and fierce warriors. Wealth and status were earned and measured in battle and in livestock. We can also see this ancient legend as a cautionary tale about competing with members of your own family.

Queen Medb of Connaught was a powerful and wealthy woman. Her father had been the high king of Ireland, and she ruled the province of Connaught. She was well established as queen when she married Ailill, a very rich man who became king upon marrying Medb. They were very happy until Ailill declared he was wealthier than Medb. She scoffed at his claim, and they proceeded to quarrel about it. They each listed every measure of their respective wealth, and they saw that they were equal aside from one thing. Ailill owned a magnificent white bull. Medb had no animal that could compare, and she immediately set out to rectify this.

She sent her warriors to negotiate with Daire, a wealthy leader in Ulster, for his famous brown bull. While Daire was initially agreeable to her offers, her warriors were brash and offended Daire, who then refused to give them the bull. This lead to a series of battles where the teenage Cuchulainn emerged as an astonishing warrior, but also killed his brother Ferdia who Medb manipulated into fighting him. In the end, Medb got the bull she wanted. It fought with her husband’s bull and killed it, leaving them as they began with one bull between them. The story shows off the traditional Irish gifts of shrewd negotiating and fierceness in battle, while also highlighting the high price of conflict within families.

Visitors to Ireland today can tour the landscape where these legendary battles were said to have unfolded. Most of the action was in County Louth, but Medb’s warriors travelled from County Roscomon through Longford and Westmeath. The route takes in some incredibly beautiful landscape in often overlooked parts of Ireland. Medb came from Rathcroghan, in the modern village of Tulsk, County Roscomon. This Iron Age complex is believed to be the largest and oldest unexcavated royal site in Europe, boasting more than 240 specific sites such as burial mounds, ring forts and other mysterious earthworks and enclosures.

From there, Medb’s armies travelled through Longford and Westmeath to Louth’s Cooley Peninsula. With Carlingford Lough on one side and Dundalk Bay on the other, the peninsula features rugged mountains with breath-taking views of the water. The village of Carlingford is postcard pretty and a great base for exploring the area.

Anywhere you go in Ireland, history shadows you. You walk in the footsteps of legends and heroes. The sense of past and present mingling is one of those intangible Irish gifts that makes this island feel absolutely magical.