1244
1
By IrishShop+
3 years ago
In Ireland Information 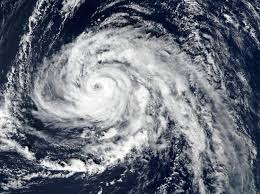 When Storm Ophelia battered Ireland recently, the nation came to a standstill.  For the most part, people followed the government’s instructions to batten the hatches and stay inside.  Schools were closed for two days, and most shops and businesses opened only briefly the morning of the storm, closing in time for staff to get home before it hit. A handful of people earned the scorn of the nation for going out to surf, and the government is now considering legislation to punish people who put themselves at risk during a status red storm warning.  That’s how seriously we take staying inside during a massive storm.  Besides, there’s no better opportunity to use our Irish gifts of wit and banter than by sitting inside cracking jokes about the biggest storm to hit this island in our lifetime.

But one person was at odds with the nation.  One person who had not been seen in public in many years decided to venture out during the storm.  But don’t worry, this individual wasn’t killed by Storm Ophelia.  He or she had already been dead for 1,000 to 2,000 years.

The day after the storm, walkers discovered the ancient remains at the aptly named Forlorn Point, Kilmore Quay in County Wexford.  After gardaí (police) and the state pathologist attended the scene, the National Museum of Ireland took possession of the body, which has been described as surprisingly well preserved.

Officials announced that the remains found were at least 1,000 years old.  Who was this person, and what was his or her life like?  One of our most popular Irish gifts is story-telling, so of course we want to hear (or make up) this person’s story.   While we have to imagine the personal details, we do know a bit about the times.

The years 400 to 800 AD are known as the Early Christian period in Irish history, and while we can’t pinpoint the date this person died, it is very likely he or she lived in this era.  In that case, he would have seen a lot of change.  Ireland was having a population boom, despite an occasional bout of the plague.

This meant that more resources were being consumed.  Our forests were being harvested, so our very landscape was changing from woods to the now famous rolling green fields.  We were planting crops, mostly oats and barley, and cattle were enormously important.  They were a form of currency, and in some parts of Ireland people today would argue little has changed.

Culture was changing too.  The ogham script now popular on Irish gifts was still used, but we were also learning the newly arrived Latin script.  St. Patrick and St. Brigid were not our patron saints but teachers who walked among us spreading the news of Christianity.

Bigger changes were just around the corner.  The era ends in 800 AD with the arrival of the Vikings.  Was this person unearthed by Ophelia killed by Vikings?  Or was he a Viking who was slain by locals?  Perhaps he died before they arrived.  We will probably never know, but Halloween around the corner, you can be sure he’ll be the subject of many spooky new tales.


5 Reasons to Love the Aran Islands