From the very beginning, The United States has had a strong connection with Ireland. This is especially true of the East Coast of America.

Boston, New York and many other cities along this coastline are places where Irish immigrants settled over many generations going back to the 1850s during the Great Famine. During this time, in particular, the United States opened its arms to Ireland and the relationships and connections between our two countries have been ever so strong since.

Irish people in America going back 150+ years have long been proud of their Irish and Celtic roots and love to keep their connections with the Emerald Isle. According to the governments of the United States and Ireland, relations have long been based on common ancestral ties especially to the west coast of Ireland and of course on shared values.

Besides regular dialogue on political and economic issues, the U.S. and Irish governments have official exchanges in areas such as medical research and education.

Irish people have benefitted American society, but likewise, America has been a great friend of Ireland through history. This article highlights five-strong connections between Ireland and America.

See all of our Irish Jewelry and Gifts here

Did you know a third of Americans have Irish Blood?

It’s fair to say that Irish immigration to the USA has played a large role in the culture of the United States. About 33.3 million Americans, roughly 10% of the total population, have reported Irish ancestry in research conducted by the U.S. Census Bureau.

Across the board, Irish Americans have made many contributions to modern-day American culture and sport. One example is the festival and annual celebration of Halloween which is thought to have evolved from the ancient Celtic/Gaelic festival of Samhain. It is said this was introduced in the American colonies by Irish settlers.

Did you know Ireland’s first president was from New York?

Éamon de Valera, a prominent figure in the Irish War of Independence, was born in New York City in 1882. De Valera went on to be named President of Dáil Éireann, (Ireland’s parliament) and in May 1919 he visited the United States in this role.

The mission had three objectives: to ask for official recognition of the Irish Republic, to float a loan to finance the work of the Government and to secure the support of the American people for the republic.

Have you heard about the US impact on Ireland’s Celtic Tiger?

U.S. foreign direct investment in Ireland has been particularly important to the growth and modernization of Irish industry since 1980, providing new technology, export capabilities, and employment opportunities for Irish citizens and American citizens.

During the 1990s, Ireland experienced a period of rapid economic growth referred to as the Celtic Tiger. Some of the biggest tech companies in the world such as Google, Twitter, Facebook, LinkedIn and Apple have their European HQs in Ireland.

The result being is that the modern-day connection between Ireland and the United States only grew stronger.

Did you know the USA is Ireland’s largest export partner?

Fun fact – Did you know there are 16 places named Dublin in America?

With so many Americans extremely proud of their Celtic and Irish roots it is no wonder Irish jewelry, Irish clothing and Irish gifts from the heart of Ireland make their way in boatloads and planeloads each and every year to the shores of the US.

Is there a better way to display your Irish roots or love of all things Irish than with some handmade Irish jewelry?

Traditional and authentic Irish and Celtic jewelry designs like the Claddagh and the Celtic knot have been favorites of the Irish diaspora for generations. Put simply when a piece of Irish jewelry or Irish clothing is worn it is a badge of honor and of one’s pride in their roots and deep feelings towards the Emerald Isle.

Together we have enjoyed over 150 years of connection between Ireland and the United States. Here’s to the next 150 years and beyond being just as important and meaningful.

See all of our Irish Jewelry and Gifts here

Age Old Irish Wedding Traditions Before St. Patrick converted Ireland to Christianity, the ancient Irish had a completely different set of social, spiritual and legal traditions. Beliefs were different, and […]

The Summer Olympic Games begin in Tokyo this weekend, and even for those who are not sports fans, the sheer spectacle of this event, when it takes place every four, […] 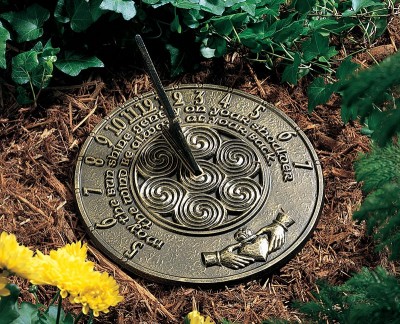