Viking Valuables: What They Left Hidden

1226
2
By IrishShop+
3 years ago
In Ireland Information 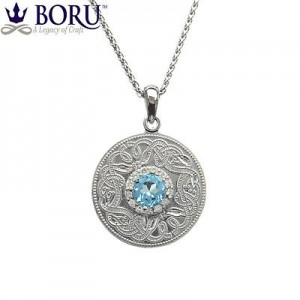 Vikings first invaded Ireland in 795 AD.  By that time, Ireland had developed a complex and sophisticated society.  The overwhelming majority of the population was Christian.  Ireland’s main vulnerability was a lack of unity.  Ireland did not have one king, but several.  So the resistance to the Vikings was not very well coordinated.  But the Vikings did more than just plunder Ireland.  Understandably, they like it and many decided to settle down here.  Maybe our lack of centralized leadership wasn’t why the Vikings succeeded here.  Maybe it was the Irish gifts of hospitality and charm! The Vikings lived, died and were buried here, which left us with lots of buried treasure full of clues about their lives.

Viking hoards and burial sites have been discovered around Ireland, but roughly half of them are in Dublin.  The capital city was a Viking settlement, and the Temple Bar area was the heart of it.  When the district was being developed in the 1970s, workers discovered Viking artifacts.  That lead to a massive excavation and the discovery of more Viking treasure. And as recently as 2011, more evidence of a Viking settlement was found there.  The remains of two houses were discovered during renovation of Meeting House Square.  In the remains of settlements and in Viking burial plots, artifacts found shed light on what the Vikings did and what they wore.  We can also see what sort of designs they decorated used to decorate their jewelry and household goods.  And all of this has influenced the look of the Irish gifts we love today.

What Did Vikings Wear?

Contrary to stereotype, the hoards left by the Vikings in Ireland were not fully of helmets with horns.  But it looks like they did appreciate some nice accessories.  The Viking hoard found around Ireland include plenty of jewelry.  Brooches, necklaces and rings were signs of status.  Vikings liked beaded pieces.  Necklaces were made of beads of amber, glass and stone strung together.  Brooches were usually oval and ornamented with beads.  They crafted rings of copper alloy, silver and gold by twisting wires together.  And they even managed to include amber beads in their rings.  One site discovered at Fishamble Street included a jeweler’s workshop strewn with shards of amber.  The Vikings clearly loved their amber!

Viking sites have also revealed that they made a lot of clothing, which is not a surprise.  It gets pretty cold in Scandinavia and Ireland!  But it is interesting to see what materials they used and how they assembled their clothing.  Weaving equipment has been found in Viking sites in Dublin along with wool carding combs and spindles.  Vikings also used leather to make their shoes, bags and sheaths.

The Vikings are part of Irish history and heritage.  Their influence on this island was sweeping.  Because they settled here, their impact continued for generations as they intermingled and became Irish.  Today we can see their influence in everything from traditional fishing boats to modern Irish gifts.


Bodhran: The Heartbeat of Ireland