A Celtic Tree for All Seasons

1733
1
By IrishShop+
4 years ago
In Ireland Information 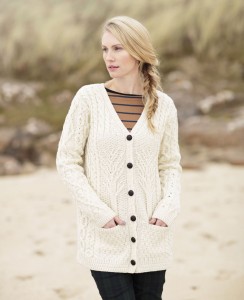 Trees mark the seasons of the year and symbolize the seasons of our lives.  Fresh buds open into full green leaves before turning to a richer, deeper color and eventually withering, falling to the ground and enriching the next generation.  Trees measure time.  If a tree is cut down, the stump will have rings.  Each ring marks a year in the tree’s growth and the distance between the rings indicates how much the tree grew that year.  Planting a tree is a beautiful way to celebrate the arrival of a new life and to commemorate the end of a life.  And making an occasion of births and deaths is one of our many cultural Irish gifts.

The ancient Celts believed trees were important and deeply spiritual.  The druids, the spiritual leaders and priests of pre-Christian Ireland, believed different species of trees had different spiritual qualities.  Some say the druids worshiped trees, and it appears that they met under certain trees for various meetings and rituals. The highest ranking tree in their belief system was the oak, and the oak is the tree represented in the traditional tree of life design.

Many Irish place names refer to oak.  The Irish word for oak is dair, and many variations of the spelling are seen in place names such as Kildare (which means sacred oak), Derry City and Adare, which shows how important trees have always been on this island.  Ireland has not always been a place of rolling green fields.  Before it was largely deforested for farming, Ireland included much forestland.  Our many tree related place names may be a relic of our woodsy past.

While there are infinite variations on the Celtic tree of life design, they generally feature a wide, strong trunk with intricate branches stretching up and curving down to the ground.  The roots spread sideways as well as down, so the roots and branches form a circle around the trunk of the tree.  The way that the branches reach down forming a circle with the entwined roots also suggests continuity, a cycle of life that repeats for all infinity, which is another way to see the connection between generations.  The death of the leaves in winter is naturally followed by the arrival of new buds in spring.

This powerful symbol appears on all sorts of Irish gifts.  There is even a cable knitting stitch called the tree of life that is popular on Aran knit sweaters.

When Is the Best Time for an Irish Wedding?


An Irish Rose by Any Other Name?