533
3
By IrishShop+
10 months ago
In Ireland Information 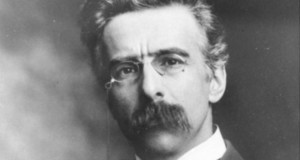 People everywhere celebrate and enjoy the Irish gifts to the world of literature, music, design and dance. We’re known as a culture that loves and nurtures creativity. But Irish scientists and engineers are also creative, and they have applied their creativity to develop some amazing inventions. Every day, we benefit from things invented by Irish people, but we rarely stop to celebrate Irish inventors.

Many of the pioneering inventions and developments by Irish scientists are in the field of medicine. You probably know the names Marie Curie and Louis Pasteur, do you know the Irish medical scientists whose inventions and innovations have saved countless lives? Guinness was invented in Ireland, but despite those old “Guinness is good for you” posters’ enduring popularity on glasses, T-shirts and other Irish gifts, we are not going to class a pint of the black stuff as a medical invention!

Compassion has always been valued in Irish culture. St Brigid is known for her compassion for the poor as much as her strong leadership. St. Ailbhe, a follower of St. Patrick, was also known for kindness and for an incident where he protected an aged wolf from hunters. Visitors to Ireland usually leave with stories of how friendly, helpful and hospitable the Irish are. And that spirit of kindness and compassion also motivated some of our great medical scientists to develop new ways to prevent and lessen human suffering from illness. Here’s our top seven in no particular order.

The Irish gifts of compassion and scientific innovation don’t always get as much attention as our gifts for music and literature, but they certainly do as much to make the world a better place.